The A major scale

The notes of the C Major Scale are

In the Key of A

NOTE: You can find the notes of any major scale instantly by sliding the Major Scale Slide Rule so number 1 is over the note of the Key you want - see the Diagram below

Go to the Jam-Room and start jamming 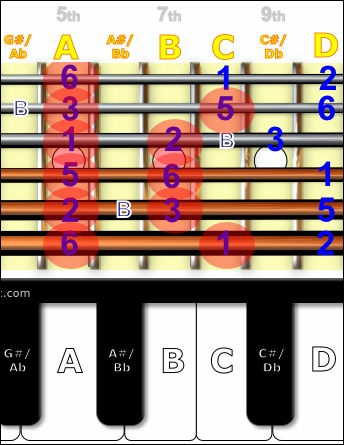 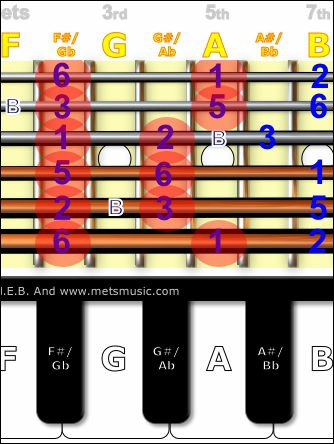 A good way to do this is for the first 12 bars start with the minor pentatonic and then use the major pentatonic pattern for the next 12 bars then swap again etc..

Once you are comfortable using both major and minor pentatonic patterns with all the CTB Blues Bop chord progressions in the Jam-Room, do not just stick to using only the basic pentatonic patterns as shown in the diagrams above but start using more of the scale.  Remember all the blue numbers shown are part of the pentatonic and or blues scale in other positions on the guitar neck.  Experiment for yourself and have fun 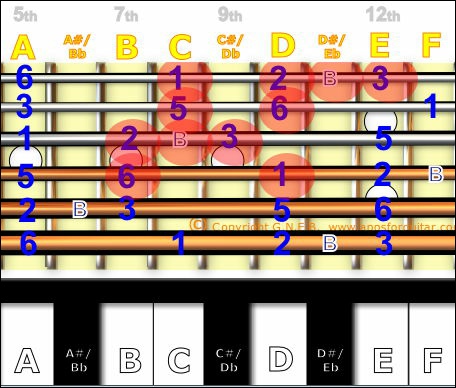